Recognised work. For our clients.

Our work has been recognised and honoured in Germany and abroad for decades. We are working to keep it that way. 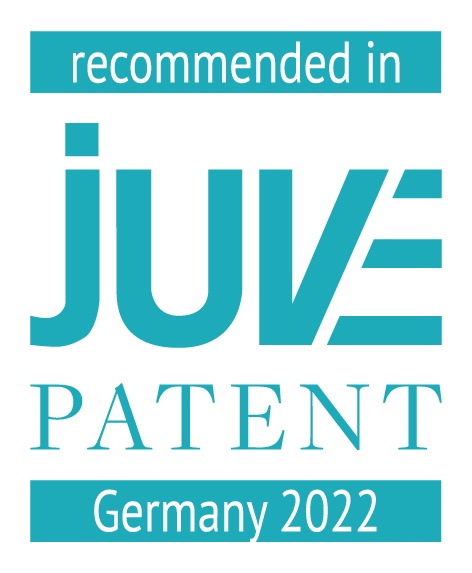 This IP firm is close on the heels of the market leaders with its excellent name for patent disputes for clients stemming from a broad technical spectrum. Long-standing, close ties to SME clients ensure a steady stream of cases involving mechanics and electronics patents. Arms manufacturer Haenel, for example, counted on the firm in a dispute against Heckler & Koch. The team remains active in mobile communications battles, for small accessories providers like Sandvine alongside regular client Huawei.

Clients from the life sciences sector frequently hire Hamburg partner Daniel Hoppe, whose visibility has increased in recent years. He litigated for defendant Aliud Pharma in the high-profile suit brought by various generics manufacturers against Bayer over Nexavar. Clients also benefit from the firm’s well-established expertise in regulatory pharma law, which allows it to provide all-round advice – on the market launch and licensing of products or on licence agreements, for instance. Preu Bohlig is seeing a rise in cases where trade secrets play a major role, as shown by the dispute between Fresenius Medical Care and FilaTech, which has now been settled.

Having primarily brought in young laterals as reinforcements in previous years, Preu Bohlig is now banking on its own young talent – the right move given the growing workload. The firm is investing in associate development and over the past year has appointed four young lawyers to the new position of counsel for the first time.

Litigation with a broad technical spectrum, including SEP and FRAND claims.

The German IP firm with strong roots among SMEs opened its own Paris office a few years ago, through which it acquires and advises French clients. An unusual investment, but one that has so far paid off. Lawyers from Paris, Munich and Hamburg, for example, advised Faurecia in the dispute against Benteler. Preu Bohlig also frequently cooperates with numerous foreign firms within non-exclusive relationships. Because of its client structure, however, the firm has so far only been active for Huawei in important cross-border cases. 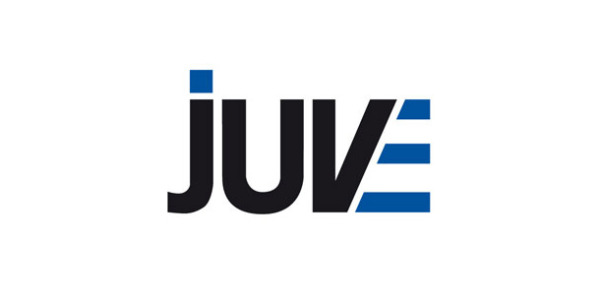 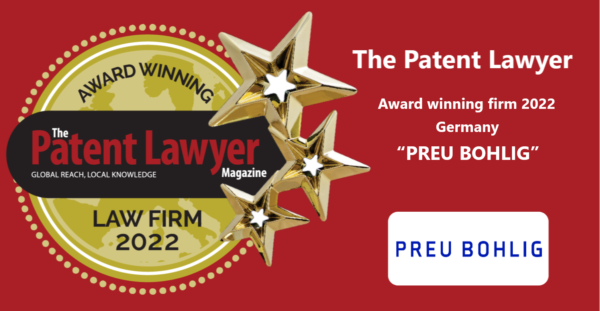 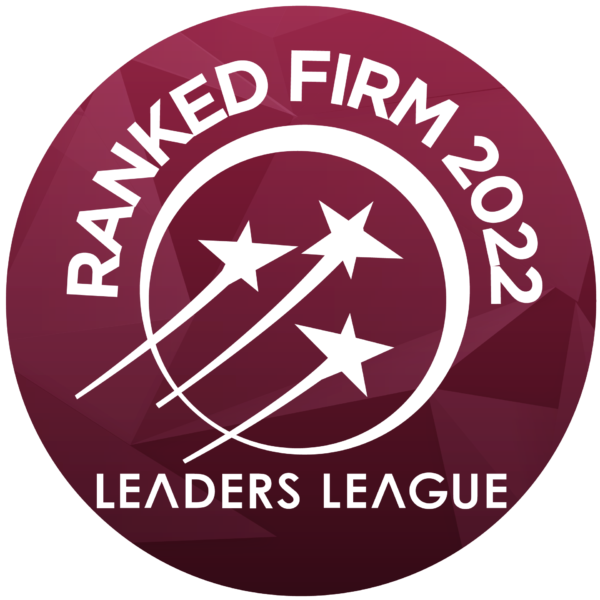 Preu Bohlig & Partner is listed in the category “Excellent” in Patent Litigation.

Preu Bohlig & Partner is listed in the category “Recommended” in IT & Outsourcing.

Preu Bohlig & Partner is listed in the category “Highly Recommended” in Trademark Litigation and Trademark Prosecution.

“The Preu Bohlig team has excellent knowledge and is diligent and delivers on time. The attorneys at Preu Bohlig are sharp, responsive and insightful on the strategic considerations for patent enforcement in Europe.” The group has long been one of the most recognisable names for IT, telecommunications and automotive patent litigation in Germany, but across the past year its work in the life sciences area has seen an uptick too, thanks in part to the collaboration between its IP specialists and pharmaceutical regulatory lawyers. Mylan has been one key client in the latter area, and Daniel Hoppe has been involved in interim injunction proceedings on its behalf. Combining knowledge of patents, employee inventions and trade secrets law, Hoppe enters the IAM Patent 1000 this year thanks to his impressive work in the pharmaceutical field. From his past positions as a judge and public prosecutor, he has a particularly good understanding of criminal investigations. Alongside this growing work in the life sciences sphere the outfit continues to act in the high-technology sector, and Huawei is one of its most prominent patrons on that side. Acting on its behalf in countless infringement proceedings is Berlin-based Christian Donle, about whom interviewees are nothing but positive: “What makes Christian special is the capability to explain difficult technical issues in a way that a trial court can understand and follow the arguments. Christian really gets to the heart of things and doesn’t get lost in complicated legalese. His pleadings in trials are also like that: to the point, precise and linguistically effective. For complex patent infringement litigation, he is an outstanding lawyer who is appreciated by the courts.” In the Munich office Andreas Haberl and Alexander Harguth can be found – Haberl has spent the past two decades achieving successes in both the courtroom and boardroom, and recently acted in infringement proceedings on behalf of 4Inno against Philips, while Harguth has been litigating telecommunications patents for 25 years and is a skilled coordinator of parallel disputes in Europe and the United States. Holding down the fort in Düsseldorf is Christian Kau, who is known for his work with automotive and medical technology SMEs. “Christian is capable of quickly and deeply understanding and communicating complex technical subjects and complex patent and licensing situations. He has an ability to immediately understand negotiations and react with an acceptable solution for both parties.” Preu Bohlig & Partner has a compact life sciences practice with a following of longstanding clients in the pharmaceutical sector. It represents clients in injunction and enforcement proceedings. Further experience of the team is in handling liability disputes. It offers assistance with advertising and product classifications.

Preu Bohlig & Partner successfully represented Sanacorp Pharmahandel at the Federal Administrative Court in a matter concerning whether a person responsible for wholesale trade must have knowledge of pharmacology.

Peter von Czettritz is well known in the market for the provision of regulatory advice on marketing, intellectual property and competition law. He is „highly regarded in the industry,“ according to a market commentator who also notes his „broad practice.“ „I am especially excited about Preu Bohlig’s lawyers‘ capability to quickly understand and communicate complex technical subjects,“ says one client who also values that the team „succeeds in keeping the atmosphere friendly and constructive without losing focus.“
Another interviewee attests that „Preu Bohlig lawyers have a sound business understanding and know the customer’s needs.“

Andreas Haberl regularly handles patent infringements on behalf of clients from the manufacturing and biotechnology sectors. One respondent says: „He is very innovative, has a pragmatic approach and he is up to date with our industry’s concerns and needs.“
Clients find Christian Donle to be „very pleasant to work with and amazingly creative.“ He has a notable presence in the patent litigation field and carries out a substantial caseload of infringement proceedings, including SEP matters.

A potent force on the German trademark scene – with the ability to advise on everything from international filing strategies to disputes before the trademark offices and courts and licensing and contractual matters – Preu Bohlig has grown even further in stature over the past 12 months following the arrival of Jan Peter Heidenreich. The former Harmsen Utescher litigator shines in trademark suits, but also plays a hand in unfair competition disputes and the negotiation of distribution and licensing agreements. He brought with him an enviable list of clients, adding to the litany of names – diverse both in nature and in size – that rely on the firm to defend their rights. Alongside Heidenreich is veteran expert Astrid Gérard; whipping vast trademark portfolios into shape, fighting in infringement proceedings and drawing up watertight licensing and delimitation agreements all come naturally toher. Preu Bohlig & Partner expanded the ties between the Hamburg office, where Daniel Hoppe advises on patent law, and the Munich office as the location of Peter von Czettritz and Alexander Meier, who cover pharmaceutical, competition and cosmetics law. The advisory spectrum includes regulatory and product liability issues as well as compliance issues. Von Czettritz is also one of the most experienced representatives in third-party opposition proceedings. Meier’s expertise includes orphan drugs and biological medicinal products, including advanced therapies. In January 2021, Tanja Strelow (pharmaceutical and food law, competition law) and Stephanie Thewes (HWG) were appointed counsels. In Hamburg, the simultaneous arrival of Jan Peter Heidenreich, formerly with Harmsen Utescher, strengthened the cosmetics and medicinal products advertising practice. Preu Bohlig & Partner expanded its competition practice with the Hamburg addition of Jan Peter Heidenreich in January 2021, who formerly worked at Harmsen Utescher. Heidenreich’s expertise in contentious proceedings, including advertising, licensing and distribution agreements as well as antitrust issues, gave the firm, which is already known for its litigation practice, further weight in the market. The competition practice is integrated into the wider IP group, so that the firm is very well positioned for mandates with trademark, design and copyright elements as well as patent aspects. This includes, for example, product piracy cases and the defence against anti-competitive behaviour by competitors. In addition, the firm offers experience in media law and the protection of personal rights. Four practice group leaders are based in Munich: Astrid Gérard, Andreas Haberl, Jürgen Schneider and Ludwig von Zumbusch. Torben Düsing and Matthias Hülsewig in Düsseldorf and Christian Donle in Berlin complete the leadership septet.

Preu Bohlig & Partner expanded its Hamburg office with the addition of Jan Peter Heidenreich, who worked at Harmsen Utescher until December 2020 and now fits in well with the firm’s focus areas with his advice on trademark, competition, copyright, cosmetics and medicinal product advertising law. The team’s antitrust and licensing expertise has also been strengthened with Heidenreich’s arrival. A particular strength is the trademark and design litigation practice, but one also offers many years of experience in the development and implementation of filing strategies in Germany, Europe and beyond. The hiring of new trademark lawyers in the Düsseldorf office around Torben Düsing and the traditionally strong soft IP locations of Munich with Astrid Gérard, Jürgen Schneider and Ludwig von Zumbusch and Berlin with Christian Donle make the medium-sized firm a well-positioned practice across Germany.

Preu Bohlig & Partner further expanded its work for pharmaceutical and medical device clients in 2020 with the help of the firm’s own regulatory experts, so that it has now created a clear fourth practice alongside the traditionally strong automotive, telecommunications and mechanical sectors. In the automotive sector, the team is particularly active for automotive suppliers in proceedings against competitors and for OEM manufacturers. In the telecommunications sector, the focus is on proceedings brought against collecting societies. The interface expertise between telecommunications and the automotive sector is put to good use in the area of connected cars. The main contacts are Christian Donle in Berlin, Daniel Hoppe in Hamburg, Christian Kau in Düsseldorf and Ludwig von Zumbusch in Munich as the respective office heads. The office in Paris is the responsibility of Konstantin Schallmoser. Two new counsels were appointed in January 2021: Martin Momtschilow in Düsseldorf and Christian Holtz in Hamburg.

Preu Bohlig & Partner is one of the top commercial law firms in Germany.

This is the result of a survey conducted by the independent research analysts of FOCUS Line Extensions.

We were named in Patent and Trademark law as well as in Healthcare / Pharmacy.

National Firm of the Year in Life Sciences

Specialist Guide to the Global Leaders in Media Law Practice

Preu Bohlig is widely praised by clients who note “Other than the typical situation of lawyers playing your friend and then sending huge bills, Preu Bohlig only takes your case if you are on the right side of the case.” The media practice is focussed on press and entertainment law. The team regularly advises on defamation, copyright and competition law. Other areas of focus include film, television, theatre and advertising.

Preu Bohlig & Partner is listed at Who’s Who Legal Germany 2021.

Andreas Haberl and Dr. Axel Oldekop in the category: “Patents” Dr. Christian Kau is listed as “Best Lawyer of the Year in Technology Law”

We combine legal expertise, litigation experience and technical understanding at the highest level. Get to know our team.

You are right. News is worth knowing. With our newsletter you stay up to date. Just sign up now.